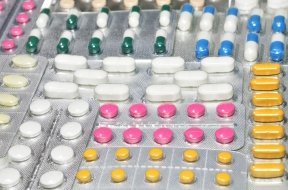 From APA Psychiatric News Alert: An analysis of 212 clinical trials of 15 antipsychotic medications found that all were significantly more effective than placebo, and the differences between them in efficacy were “small but robust.” The study, which was published online yesterday in Lancet, included data from randomized controlled trials involving more than 43,000 participants. In addition to assessing efficacy, the study also analyzed discontinuation of the medications and their side effects.

The researchers found that clozapine, amisulpride, and olanzapine showed, respectively, the greatest efficacy, while lurasidone and iloperidone showed the least. Assessment of all-cause discontinuation (when compared with placebo) showed that the best drug on this measure was amisulpride, and the worst was haloperidol. For extrapyramidal side effects, clozapine had the best odds ratio, and haloperidol the worst, while for sedation, amisulpride had the highest odds ratio, and clozapine the worst. Weight gain was also evaluated in comparison with placebo, and haloperidol was linked with the least weight gain, and olanzapine with the most. The researchers said as well that their findings “challenge the straightforward classification of antipsychotics into first-generation and second-generation groupings. Rather, hierarchies in the different domains should help clinicians to adapt the choice of antipsychotic drug to the needs of individual patients.”

To read about decision making in choosing a psychoactive medication, see the From the Experts column in Psychiatric News here.