Antidepressant use appears to prevent depression in patients with head and neck cancer, a large double-blind, placebo-controlled clinical trial has found. The study was headed by William Lydiatt, M.D., of the Department of Otolaryngology-Head and Neck Surgery at the University of Nebraska. The results appear in JAMA Otolaryngology-Head and Neck Surgery.

“This study is important in many ways,” Michelle Riba, M.D., a former APA president, a professor of psychiatry at the University of Michigan, and a psycho-oncologist, told Psychiatric News. “It looked at a population of patients—those with head and neck cancer—in whom depression is a very prominent and serious condition. It studied a way to help patients in a preventive paradigm, using [the SSRI antidepressant] escitalopram. Furthermore, even though the  study wasn’t designed to study quality of life, patients in the escitalopram arm had an overall improved quality of life during the study and three months consecutively after the cessation of drug therapy.”

A disjointed financing system for mental health services in California has led to gaps in care, but the national healthcare law is expected to help close some of those holes, according to new research by the California HealthCare Foundation. Half of the state’s adults and two-thirds of the adolescents with mental health issues aren’t receiving treatment, according to the study.

Private insurance has historically lacked mental health services, so patients often seek care through the public system. Nearly $7.8 billion in public money was spent in fiscal year 2012-13 on mental health care, with the largest share — $3.3 billion — paying for Medi-Cal beneficiaries. The Affordable Care Act, however, is expected to improve access for many. The law expands who is eligible for Medi-Cal, the coverage program for poor and disabled residents, enabling them to get comprehensive mental health services, and California residents purchasing insurance through the healthcare marketplace will also have access to mental health care.

“We should be seeing the opportunity for that whole infrastructure to bulk up to meet the demand,” she said. 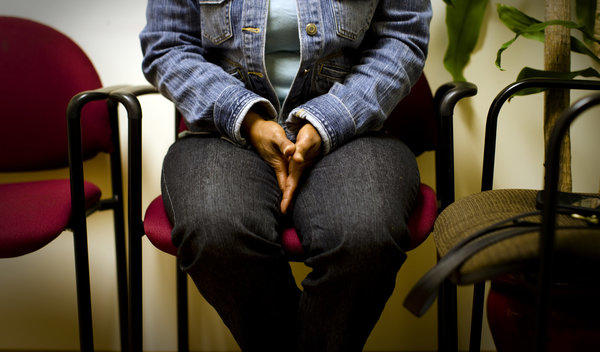 In addition, the law promotes more integration between mental health care and physical health care. There is an increasing awareness about how important it is for doctors to address mental health and substance abuse needs among their medical patients, said Neal Adams, deputy director of the California Institute for Mental Health. “When we talk about pursuing health for people, it really needs to include emotional well-being as well as physical well-being,” said Adams, a psychiatrist and the project manager for one of the reports.

Even with the changes in the national healthcare law, policymakers will still face challenges. “As we bring more uninsured and poor people into the healthcare delivery system … there is a really serious question about how and where those needs are going to be met,” Adams said. “People are very worried about workforce shortages.”

Our mental health system seems highly flawed – currently millions of Americans are unable to access the care they need, instead forced to bear the burden of their illnesses alone and without treatment. Yet little attention has been paid and how the role of our criminal justice system plays in this web of issues.

Over half of the U.S. prison population is mentally ill, and people who suffer from mental illness are represented in the criminal justice system at rates between two and four times higher than in the general population. Given that studies find people with mental illnesses to be no more prone to violence than those without mental illnesses, the root of this overrepresentation in prison clearly lies in our mental health system’s shortcomings. Instead of treating the underlying biological and environmental causes of these disorders, we are criminalizing and incarcerating the mentally ill.

“Most people [with mental illness] by far are incarcerated because of very minor crimes that are preventable. People are homeless for reasons that shouldn’t occur, people don’t have basic treatment and they get into trouble because of crimes of survival.” Bob Bernstein, the Executive Director of the Bazelon Center for Mental Health Law.

Moreover, our broken prison system is a huge drain on America’s economy. The government currently spends over $70 billion per year on corrections.

Attorney Karen Holt will speak at our July 15, 2013, meeting about Special Needs Trust. Karen has spoken at our meetings in the past and her information has been very valuable to our members. If you don’t already have one, it will be your

chance to learn about special needs trusts. If you have one established for your loved one, it will be your opportunity to gain current information and updates about special needs trusts. Information is very critical to avoiding loss of government benefits. You won’t want to miss this informative presentation at 7:30 PM in Fellowship Hall at the First Lutheran Church.

In addition to Special Needs Planning, Karen’s practice includes Comprehensive Estate Plans, Business Formation, Real-Estate Transactions, Trust Administration and Probate. Special Needs Planning, in particular, involves advice and documents for complicated issues such as how to leave inheritance or gifts to a loved one who suffers from a disability or advanced age and whom may need long-term care.  Proper planning provides the necessary protection to insure the best financial and medical benefits available while enhancing quality of life for those family members who may not be able to plan for themselves and need our help the most.

The meeting will be preceded by Caring and Sharing Group Support at 6 p.m. in the Fireside Chat Room. The Speaker Meeting will begin at 7:30 p.m. in the Fellowship Hall. First Lutheran Church is at 2900 Carson Street, in Torrance, California.

While it may not be possible to completely age-proof our brains, a brave new world of anti-aging research shows that our gray matter may be far more flexible than we thought.

The brain has often been called the three-pound universe. It’s our most powerful and mysterious organ, the seat of the self, laced with as many billions of neurons as the galaxy has stars. No wonder the mere notion of aging, the failing brain and the prospect of memory loss, confusion, and the unraveling of our personality  is so terrifying. About a third of all people age 60 and over have recall problems that are noticeable to them and are measurable with testing. At least a quarter of people age 85 and up suffer from dementia – loss of memory and cognitive function and an inability to understand words, carry out motor activities, and recognize or identify objects.

Yet the degeneration of the brain is far from inevitable. “Its design features are such that it should continue to function for a lifetime,” says Zaven Khachaturian, Ph.D., director of the Alzheimer’s Association’s Ronald and Nancy Reagan Research Institute. “There is no reason to expect it to deteriorate with age, even though many of us are living longer lives.” In fact, scientists’ view of the brain’s potential is rapidly changing according to Sanford University neuroscientist Robert Sapolsky, Ph.D. Thirty-five years ago we thought Alzheimer’s disease was a dramatic version of normal aging. Now we realize it’s a disease with a distinct pathology. In fact, some people simply don’t experience any mental decline, so we have begun to study them.”

So what’s the secret to keeping our brains agile and fit? Activity and exercise, lung function, and feelings of self-sufficiency and being surrounded by family and friends. See Psychology Today and related links about the foundation and cornerstones of Successful Aging.