A recent study highlights the concern of vitamin D deficiency among people with established psychosis, and the consequent increased risk of cardiovascular disease in that population. The study is reported at http://www.medscape.com/viewarticle/861574 in the BMC Psychiatry article Clinical Correlates of Vitamin D Deficiency in Established Psychosis by J. Lally; P. Gardner-Sood, M. Firdosi; C. Iyegbe; B. Stubbs; K. Greenwood; R. Murray; S. Smith; O. Howes; and F. Gaughran. The scope of the study included Vitamin D levels with respect to mental state, cardiovascular disease factors, lifestyle factors, and cardiometabolic risk. The study concludes, among other things, that:

“given the extremely low levels of vitamin D seen in this vulnerable population, large randomised trials, specifically in psychosis, are urgently needed to determine whether supplementation with vitamin D is an effective means of ameliorating mental health outcomes, boosting cardiometabolic health and ultimately reducing mortality in psychosis.” 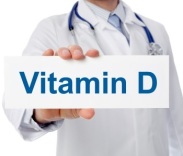 “Vitamin D is LIKELY SAFE when taken by mouth or given as a shot into the muscle in recommended amounts. Most people do not commonly experience side effects with vitamin D, unless too much is taken. Some side effects of taking too much vitamin D include weakness, fatigue, sleepiness, headache, loss of appetite, dry mouth, metallic taste, nausea, vomiting, and others.”

Further, WebMD warns, among other things, that:

“Taking vitamin D for long periods of time in doses higher than 4000 units daily is POSSIBLY UNSAFE and may cause excessively high levels of calcium in the blood. However, much higher doses are often needed for the short-term treatment of vitamin D deficiency. This type of treatment should be done under the supervision of a healthcare provider.”

A healthcare professional can advise you with respect to the risks and/or benefits of treating vitamin D deficiency in light of each patient’s state of health and health history.