In ‘Her,’ Felicia Johnson takes us into the mind of a girl suffering with borderline personality disorder, and deftly portrays her hopes and struggles as she desperately tries to understand it.

Tucker, GA, June 20, 2014 – While mental health issues are more freely discussed these days, it’s still difficult to approach someone who might have a problem. But ignoring it is not an option. With courage and great hope, Felicia Johnson deftly portrays the struggles of a girl with borderline personality disorder in Her (8th Street Publishing).

“Her takes readers into the mind of someone who is suffering so they can get a first person view of a painful mental disorder,” says Johnson. “The story is an example of how, if we try to push the past away, we are either doomed to repeat it or let it haunt us to our graves.”

At first glance, Kristen Elliott is a normal seventeen-year-old who loves her family and friends and strives for their approval. But Kristen knows something is wrong with her. In her pain and isolation, she finds fleeting solace in self-injury, and the company of Mr. Sharp, her imaginary friend who feeds her feelings of self-loathing.

After a failed suicide attempt, Kristen is placed in a mental hospital and diagnosed with borderline personality disorder (BPD). There, she discovers the circumstances that brought her to this breaking point, struggles to understand her mental illness, and fights to be a survivor against her own worst enemy: her self-blame.

Kristen’s tale of endurance illustrates the complex nature of the illness known as borderline personality disorder. Readers – including those suffering from BPD and their friends and family – can glean insight into the illness from this powerful and compelling story. 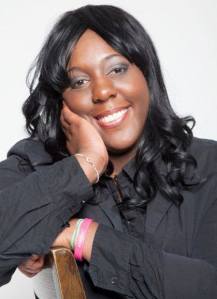 “The story is inspired by my life of survival and my childhood best friend, Holly, who suffered from BPD,” Johnson says. “Holly lost her battle with depression and BPD when she was 15 years old and took her own life. Her also illuminates the harsh reality of child abuse in the home and the long term psychological effects it has on everyone involved.”

Johnson is an author, child abuse survivor, and mental health advocate. She works in Atlanta with the Highlands Institute and volunteers with Youth Villages Inner Harbour and Personality Disorder Awareness Network. Johnson was nominated for the Gutsy Gals Inspire Me Award of 2014 and Her has been nominated for Georgia Writer’s Association Author of The Year Award. She loves ice cream and seeing her little sister smile.

Jenny Felder: “Having practiced psychotherapy for over 35 years I found Her, by Felicia Johnson, to be a brilliant window into the mind of one who struggles with Borderline Personality Disorder….Well written and psychologically accurate, the book will take you into the heart and mind of Kristen, a teenage girl who finds herself hospitalized following a suicide attempt.”

Goodreads reviewers give Her glowing reviews:

E.L. Farris: “…an enlightening and sympathetic look at what it’s really like to struggle with this illness.”

Kimerin: “Her was raw, real, intense, and seemed so spot on! Felicia Johnson was able to perfectly describe the manifestations of Borderline Personality Disorder (BPD)…”

Debra Delash: “I walked away from this powerful story with an intimate window into Kristen’s life and the effects of her BPD on her family and friends….a page turner to the very end.”

Tbird London: “There are books…about self mutilation but this one takes it a step farther and explains Borderline Personality Disorder. The feelings that come with this disorder can isolate a person from society, especially teenagers. Feelings of abandonment, so they push people away before they can be abandoned. Cutting to be able to breathe again and feel numb. Having people in your head, telling you that if you cut or if you run you will be safe, they will still love you. Feeling like people only see the evil in you so you try to be good so they won’t leave you. Most of all the thoughts of dying and suicide, to end the pain…”

FROM THE WORKSHOP PROVIDERS:

After attending this workshop, you will be able to explain when medication is appropriate for your Borderline Personality Disorder (BPD) client, describe primary treatment targets, and use alternatives to medications that can help your client make a recovery from their BPD and co-occurring disorders.
Friday, August 15
Clearview Center
Venice Beach
8:30 a.m. – 8:45 a.m.: Breakfast and registration
8:45 a.m. – 9:15 a.m.: Formal networking
9:15 a.m. – 10:30 a.m.: Presentation and Q&A
1 CE credit is available for psychologists, MFTs and LCSWs.
Free to attend. RSVP required.
For more information or to register, contact Veronica Beeler atveronica@clearviewtreatment.com or (310) 862-8980, ext. 103.