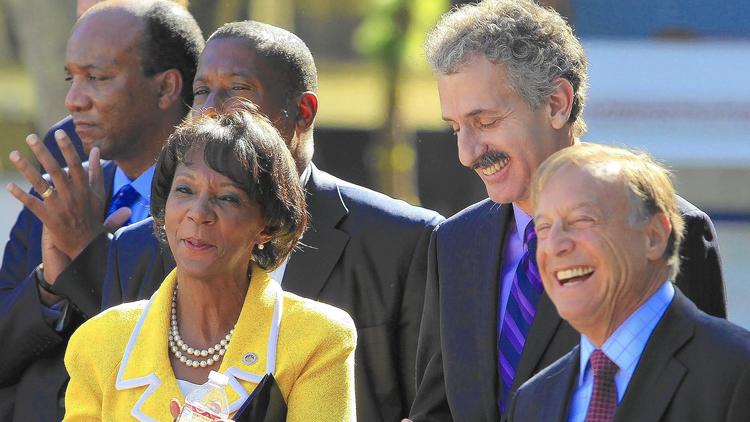 Which of the two Bills do you endorse?

From Psychiatric News Alert: Offenders who participated in a mental health court program recorded significantly better recidivism outcomes compared to matched control defendants in the traditional criminal court system, according to Joye Anestis, Ph.D., an assistant professor of psychology at the University of Southern Mississippi in Hattiesburg, and co-author Joyce Carbonell, Ph.D., director of women’s studies at Florida State University in Tallahasee.

The study published online in Psychiatric Services in Advance compared two groups of 198 criminal offenders with mental illnesses. Overall, the mental health group had a lower occurrence of rearrest, a longer time to reoffending, and had fewer rearrests. Severity of the rearrest offense did not differ between the two groups, however.

A within-subject analysis of mental health court offenders found that those charged with misdemeanors had a higher occurrence of rearrest than those charged with felonies, but the two groups did not differ on odds of arrest or time to rearrest. Also, violent and nonviolent offenders showed no difference in recidivism outcomes, said Anestis and Carbonell.

The results may suggest that keeping mentally ill offenders out of jail and in community treatment may have positive effects on recidivism, as may the increased attention and supervision they receive, said the authors.

“Future research would benefit from a focus on the mechanisms of change in [mental health courts] and on identifying characteristics of individuals who respond best to participation in [them],” they concluded.

This bill would appropriate $50,000,000 from the General Fund in the 2014-15 fiscal year for the mentally ill offender crime reduction (MIOCR) grant program, and require that half of that amount be used for adult offenders and half for juvenile offenders. These funds are used to create diversion, re-entry, and training programs for persons living with mental illness who are justice involved. Potential uses of the grants include establishing mental health courts, creating pre-booking diversion programs, or creating collaborative reentry programs that provide treatment and training for persons living with mental illness who previously incarcerated.

Grants will be awarded on a competitive basis to counties that expand or establish a continuum of swift, certain, and graduated responses to reduce crime and criminal justice costs related to mentally ill offenders.

NAMI California commends the author for leadership in seeking to revive funding for the Mentally Ill Offender Crime Reduction Grant (MIOCRG) program. This program is invaluable in ensuring that persons living with mental illness who offend as a result of behavior deriving from that illness are provided with needed treatment in the least restrictive setting and are provided with the tools and support to reintegrate into society.