Mental health professionals are trained to help a person understand their feelings and can improve mental wellness and resiliency.

Depending on their training they can provide effective ways to help.

Psychotherapy such as cognitive behavioral therapy and dialectical behavior therapy, can help a person with thoughts of suicide recognize unhealthy patterns of thinking and behavior, validate troubling feelings, and learn coping skills.

Medication can be used if necessary to treat underlying depression and anxiety and can lower a person’s risk of hurting themselves. Depending on the person’s mental health diagnosis, other medications can be used to alleviate symptoms.

Click here to see more at the National NAMI Site

From Psychiatric News Alert: Persistent symptoms of depression in adults ages 50 and older may double their risk for stroke, according to a recent study published in the Journal of the American Heart Association.

A possible connection between depressive symptoms and stroke risk

Researchers from Harvard T.H. Chan School of Public Health analyzed medical records of more than 16,000 older adults who participated in the Health and Retirement Study, which included interviews about depressive symptoms, history of stroke, and stroke risks factors.

Nearly 2,000 strokes were reported, and individuals displaying high levels of depressive symptoms during two consecutive interviews were more than twice as likely to experience a stroke during the subsequent two years. Even people who had depressive symptoms at the first interview but not the second showed a 66% higher stroke risk.

To read more about the relationship between depression and stroke, see the Psychiatric News article “Collaborative Care for Depression Can Reduce Risk for Heart Attacks, Strokes.” 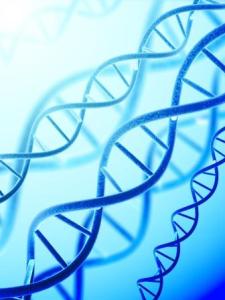 From Psychiatric News Alert: Increased amounts of mitochondrial DNA (mtDNA) may serve as a molecular marker of major depression, according to a study published today inCurrent Biology.

Sequencing of two components of the genome suspected to be associated with adverse life experiences revealed a significant association between major depression and the amount of mtDNA.

“We could find no evidence that stressful life events act via changes in mtDNA or telomere length to increase the risk of major depression. These findings identify increased amounts of mtDNA as a molecular marker of major depression and have important implications for understanding how stress causes the disease.” the authors concluded.

Jonathan Flint, a professor of molecular psychiatry at the University of Oxford and senior author on the paper, stated in a press release:

“We have only a snapshot of the relationship between the molecular markers and depression. We want to know how they change over time—before, during, and after a depressive illness. That information will tell us much about their clinical utility.”

To read more on biomarkers for depression, see the Psychiatric News article “Scientists Closer to Finding Tests for DepressionBiomarkers.”

From Psychiatric News Alert: There may be no preferential antidepressant pharmacotherapy for treating subtypes of major depressive disorder (MDD), according to a study published online in AJP in Advance, “Depression Subtypes in Predicting Antidepressant Response: A Report From the iSPOT-D Trial.”

A. John Rush, M.D., a professor of psychiatry and behavioral sciences at Duke University School of Medicine, and colleagues conducted a study with 1,008 individuals with MDD to assess the proportions of participants who met at least one criteria for MDD subtype—melancholic, atypical, and anxious depression—and compared subtype profiles on remission and change in depressive symptoms after eight weeks of treatment with escitalopram, sertraline, or extended-release venlafaxine. Improvement of symptoms and likelihood of remission were quantified by the 16-item Quick Inventory of Depressive Symptomology-Self Report.

The researchers found that 39 percent of the studied individuals exhibited at least one pure form of a depressive subtype, with atypical subtype being the most prevalent at 15 percent. Approximately 36 percent of the participants met criteria for more than one subtype. As it relates to antidepressant treatment, the results showed that participants in all subtype groups exhibited a similar statistically significant reduction in symptoms and did not differ in the likelihood to remit.

From Psychiatric News Alert: About 60% of teenagers with DSM-IV major depressive disorder (MDD) receive treatment, but only 35% were treated by a mental health professional, according to a nationally representative survey of 10,123 adolescents.

Lifetime prevalence of MDD was 11% among that sample, and 12-month prevalence was 7.5%, said Shelli Avenevoli, Ph.D., of the Division of Translational Research at the National Institute of Mental Health and colleagues in the January Journal of the American Academy of Child and Adolescent Psychiatry. Age and gender influenced prevalence, they said.

“The majority of depressed adolescents did not receive treatment specifically for their depression or from the mental health sector for any emotional or behavioral problem. These findings underscore the ubiquitous nature of this disorder in youth, suggest that a significant portion of depressive disorders have their first onset in adolescence, and support the notion of routine and universal screening during adolescence.”

To read more about treatment of adolescent depression, see:

Successful cognitive-behavioral therapy (CBT) for childhood anxiety disorder may confer long-term benefits for suicide prevention, according to a report in the Journal of the Academy of Child and Adolescent Psychiatry.

Evidence for an independent relationship between anxiety and suicidality has been mixed. Researchers from the Center for Mental Health Policy and Services Research at the University of Pennsylvania Perelman School of Medicine examined the relationship between response to treatment for an anxiety disorder in childhood and suicidal ideation, plans, and attempts at a follow-up interval of seven to 19 years. In the study, 66 adults were assessed, having completed CBT treatment for anxiety as children. Information regarding suicidality at follow-up was obtained via the World Mental Health Survey Initiative Version of the World Health Organization Composite International Diagnostic Interview and the Beck Depression Inventory.

The follow-up data indicated that participants who responded favorably to CBT during childhood were less likely to endorse lifetime, past-month, and past-two-week suicidal ideation than were treatment nonresponders. This was consistent across self-report and interview-report of suicidal ideation.

“Results suggest more chronic and enduring patterns of suicidal ideation among those with anxiety in childhood that is not successfully treated,” the researchers stated. “This study adds to the literature that suggests successful CBT for childhood anxiety confers long-term benefits and underscores the importance of the identification and evidence-based treatment of youth anxiety.”

FROM THE WORKSHOP PROVIDERS:

After attending this workshop, you will be able to explain when medication is appropriate for your Borderline Personality Disorder (BPD) client, describe primary treatment targets, and use alternatives to medications that can help your client make a recovery from their BPD and co-occurring disorders.
Friday, August 15
Clearview Center
Venice Beach
8:30 a.m. – 8:45 a.m.: Breakfast and registration
8:45 a.m. – 9:15 a.m.: Formal networking
9:15 a.m. – 10:30 a.m.: Presentation and Q&A
1 CE credit is available for psychologists, MFTs and LCSWs.
Free to attend. RSVP required.
For more information or to register, contact Veronica Beeler atveronica@clearviewtreatment.com or (310) 862-8980, ext. 103.